The madstab on the test bench

Madstab is sensitive. During my development in Voltige Totale, I was able to observe the relative simplicity of a madstab for a 350 gram glider (my Lunatik, the modified Ahi) which never caused me any flutter problems, and the real difficulty when the mass increases (SnowflaK, Troll, Svolazzo). With my Trolls, I had several problems with flutter at high speed. Each time, the cause identified was the tension of the cables between the servo and the control surface, which loosened slightly at one place or another .

The history drawn up by François Cahour on his site clearly shows the difficulty and the progression in the solutions over time. With practice, I manage to lock each element of the chain little by little, to check the right things at the right time, and for example since 2019 with the Svolazzo I no longer had a crash due to madstab flutter.

Nevertheless, for a stabilizer of 104 cm wingspan on a glider that will undoubtedly weigh about 8 kg, it is yet another scale. François Cahour arrives there on his 4.5 kg Sylphe, Jérôme Bobin also with his Arsenik of the same mass order.

So, to validate my driving before flying with it (and I hope to avoid breaking 3 years of work too quickly), I asked myself how to test it. PredimRC telling me that the glider could easily reach 120 km/h (max glide ratio announced at 55 km/h), waiting for a storm with this kind of gust seemed inappropriate to me. So I thought of mounting the fuselage, madstab in place, on the roof of the car. A webcam on an arm at the end of the stab, would allow the passenger to view the movements of the stab on a computer screen on his knees, while holding the radio to control the stab. The goal here is not to apply large rates, only to verify the absence of flutter in small rates at high flight speed.

So I had a few pieces laser cut to hold it all on the roof bars. At this stage, the tests have been conclusive. The air flowing over the car is arguably more turbulent than what the glider will see in flight. It seems positive to me, since I imagine that a flutter is more likely to appear when the glider is subjected to vibrations. Same thing for vibrations from the road. 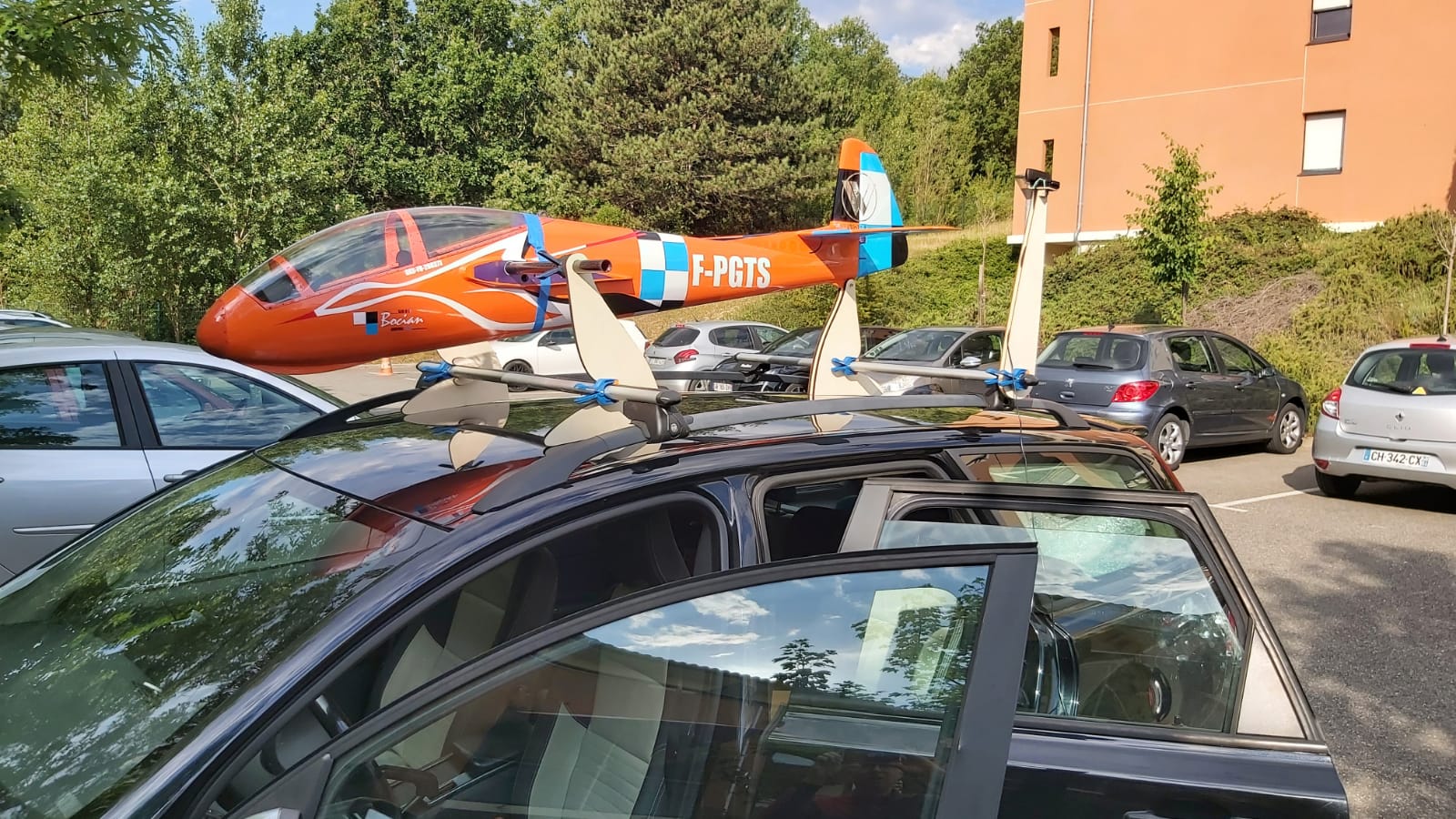 The fuselage on the test bench. 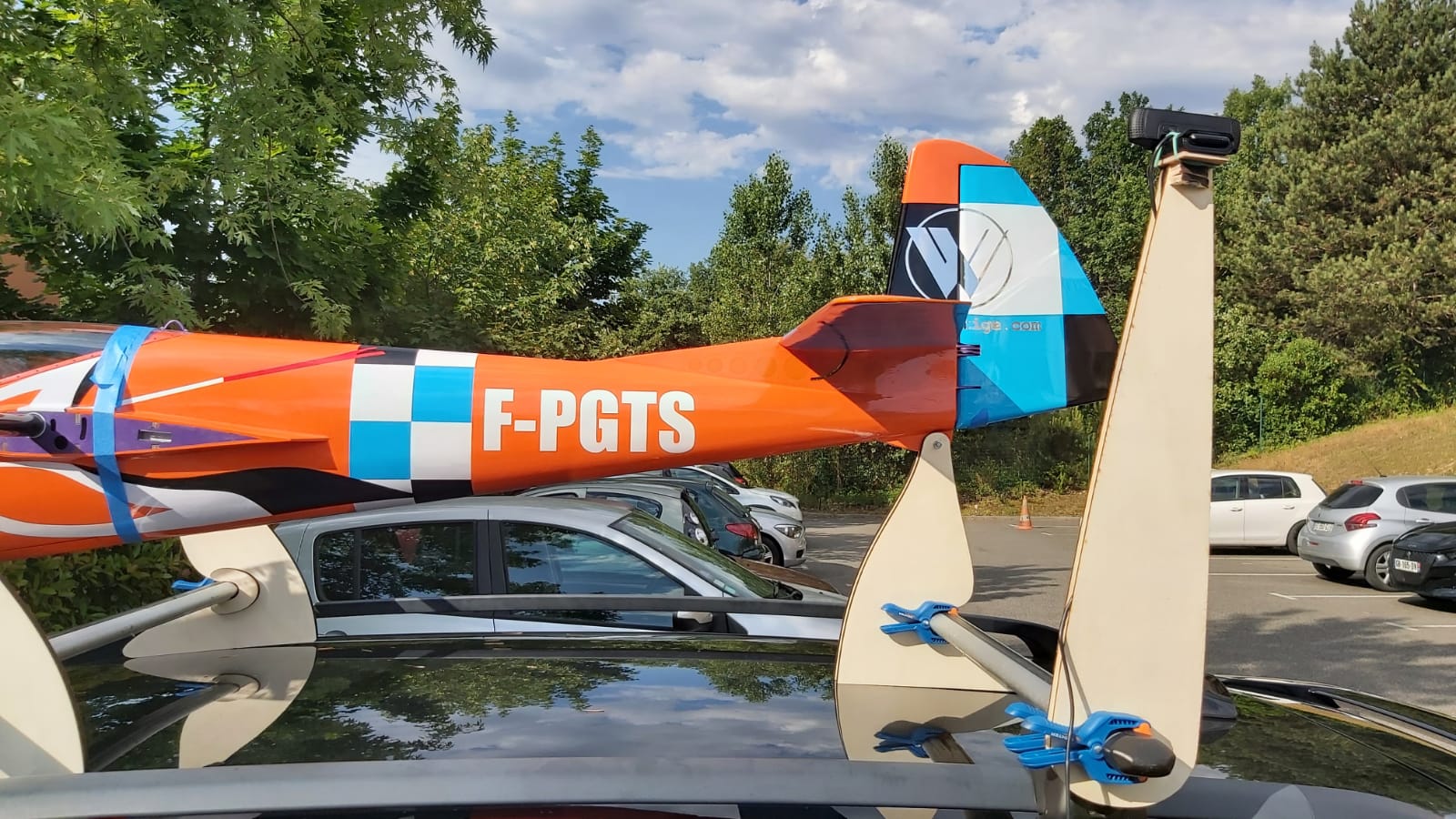 The supports have been cut from 10mm plywood, they are fixed to the roof bars and held laterally by clamps. 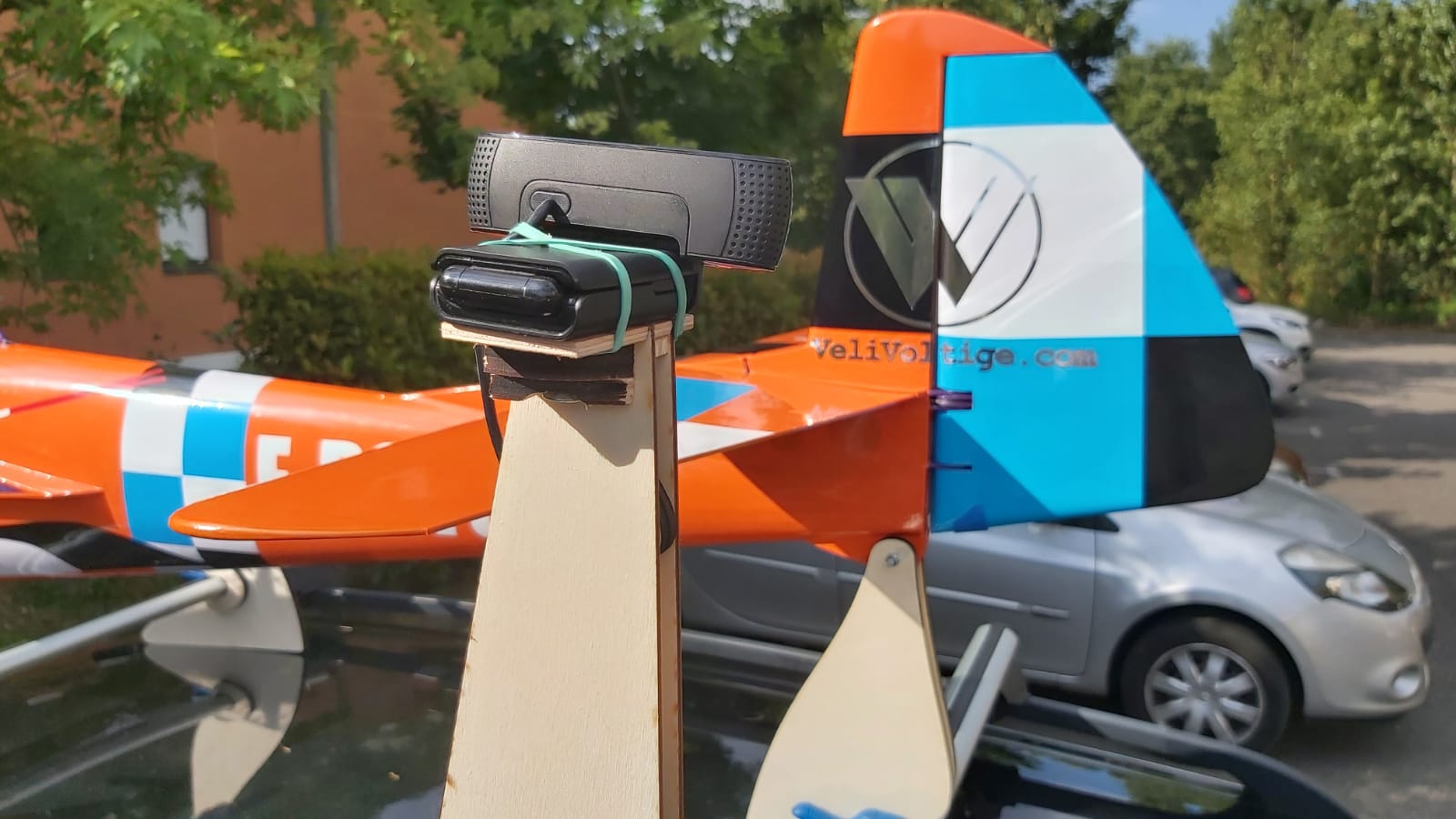 Some pictures of the test.

A fatal flutter with another servo holding system, on Troll in 2020.