Big piece for me who tinkers in a 2m² workshop, hidden behind curtains in my two-bedroom apartment... I applied the method recommended in the kit: the lower "rail" of the fuselage is placed on a tooling (a simple wood beam), in which we have previously made notches to make room for the frames. The majority of the assembly of the rods and the skin can thus be carried out while ensuring a correct geometry.

As shown in the previous articles, many challenges with the madstab, the mad-rudder, the junction of the wings with a modified profile, and the wingeron system, made the construction of the fuselage difficult, which took 2 years, including reflection phases... And breaks because it's not just the glider in life!

The frames on the tooling. Check the crossover.

First "unmolding", frames and majority of the rods in place.

We go back on the tooling to begin skin bonding.

2nd "unmolding", definitive this time. The skin is not yet on sides (to handle the installation of cables), and the bottom also remains to be done as it was inaccessible on the tooling.

The interior of the cockpit with skin underneath in progress.

Madstab and mad-rudder: as long as it stays precise around neutral! 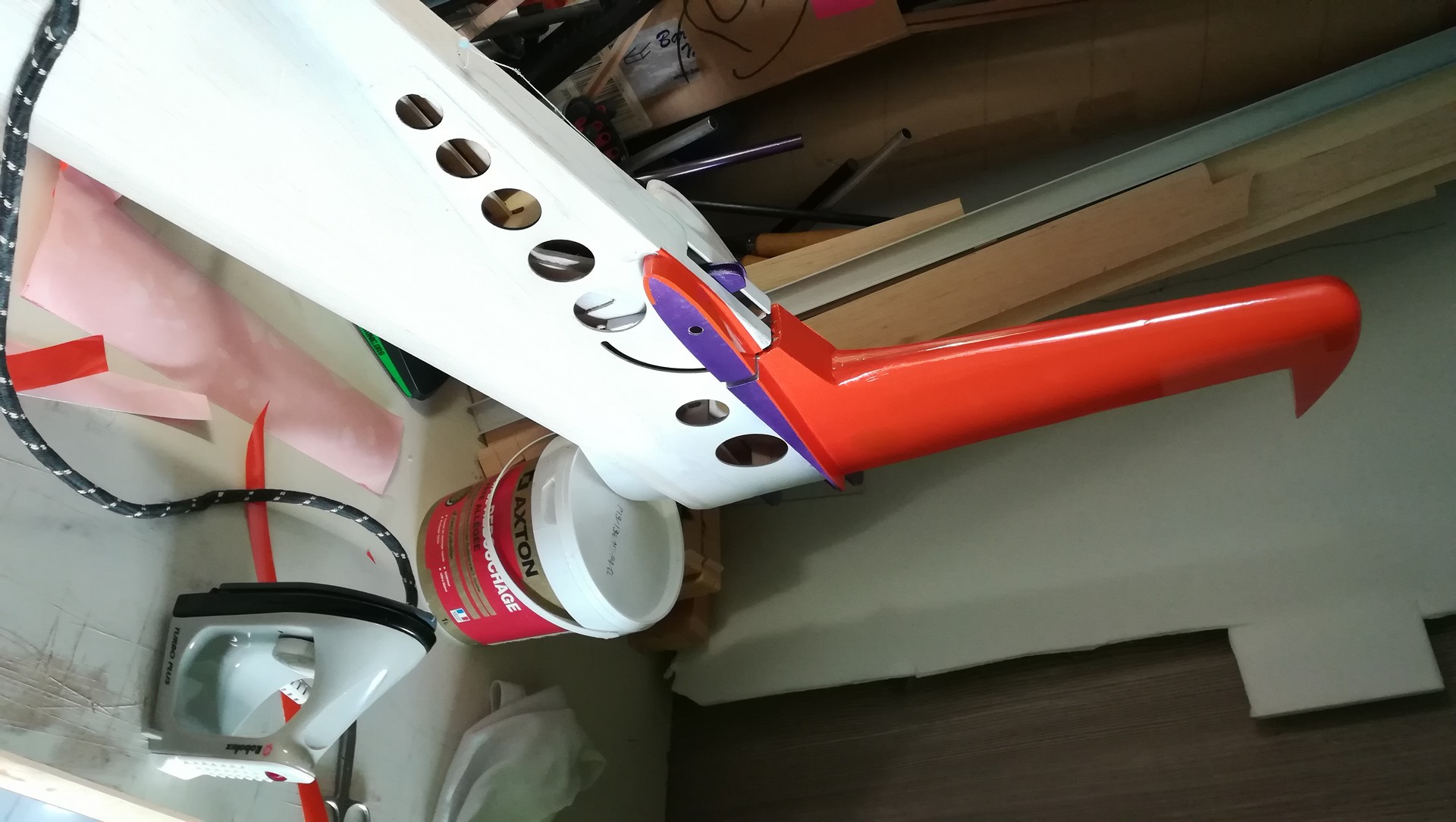 Starting the covering of the fuselage. It's going to be a bit long... 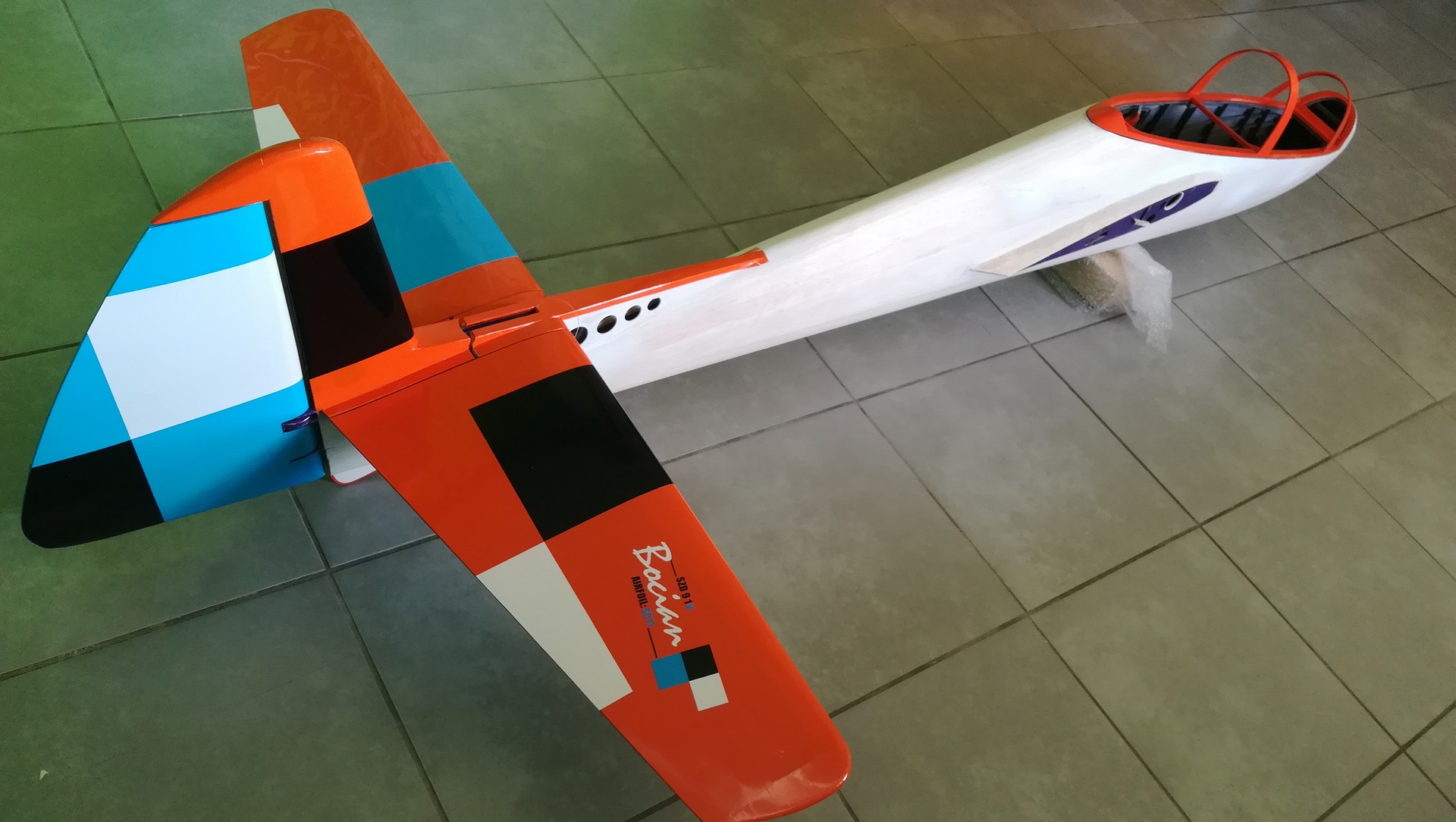 Looks like the finished product... Which motivates for next steps! 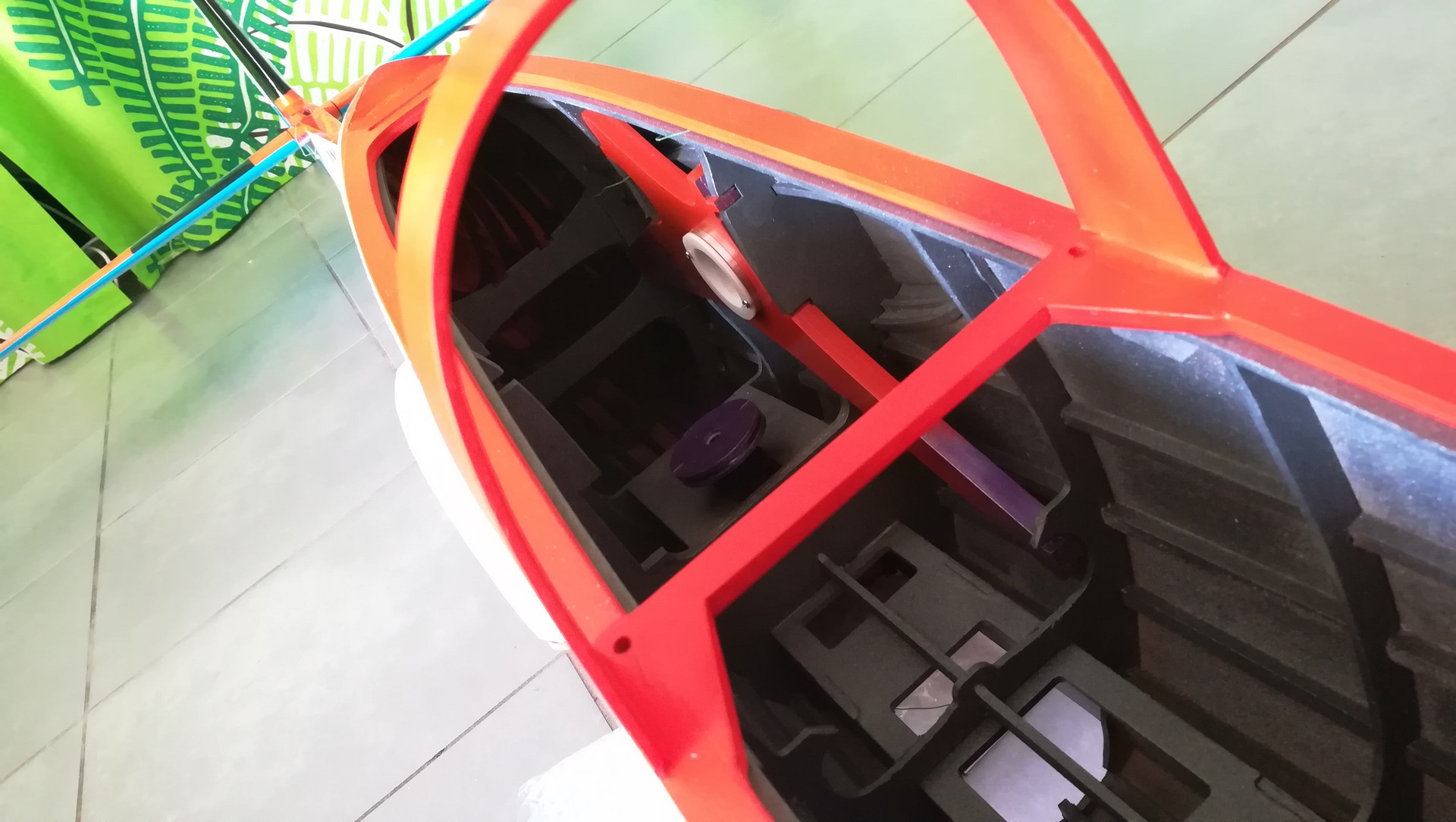 The canopy framework is made of wood. The shape of the arches was first tested in paper, then made in 2 superimposed balsa of 15/10 thickness. 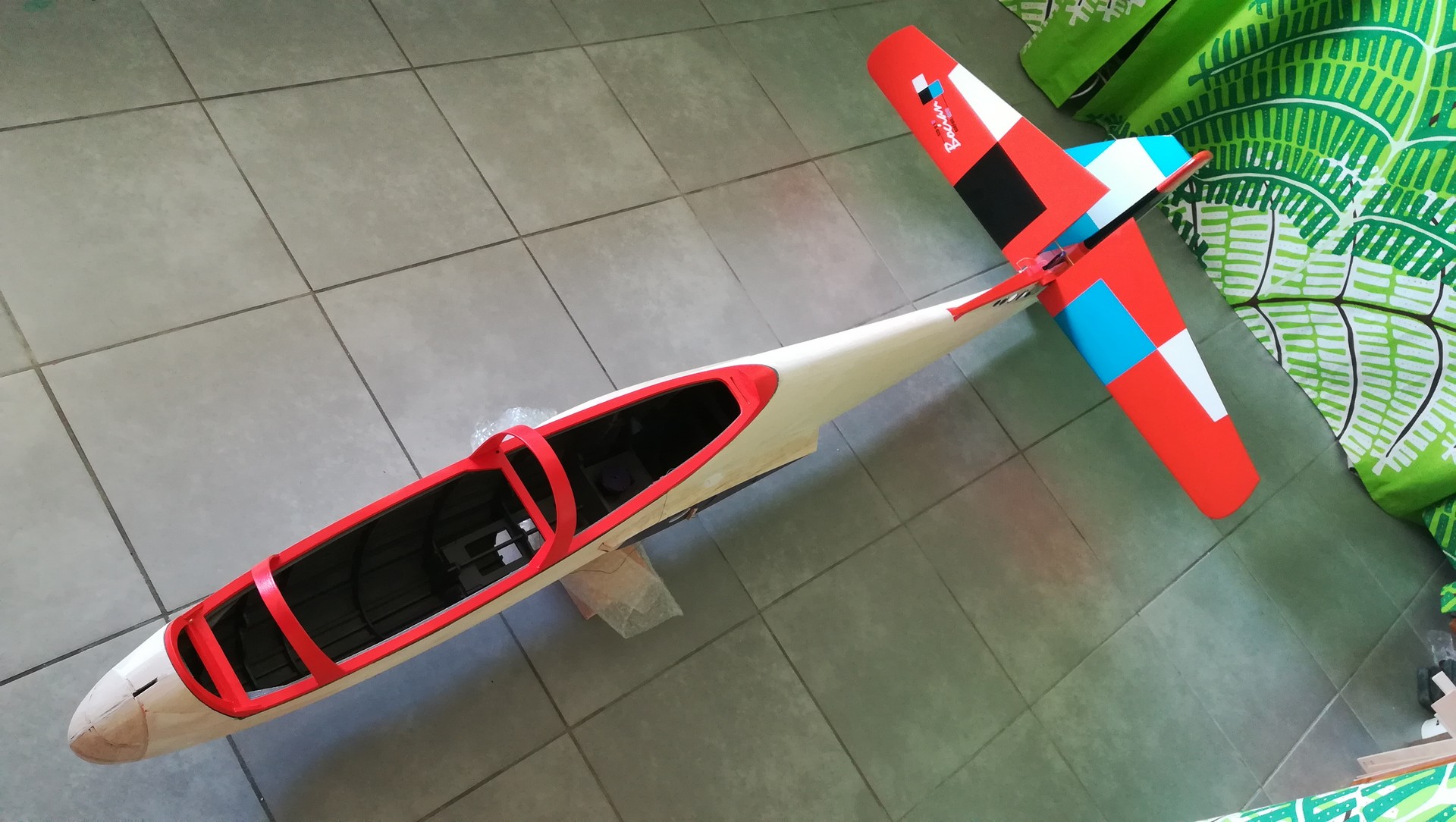 Let's not forget that this is a glider for Voltige Totale! :p 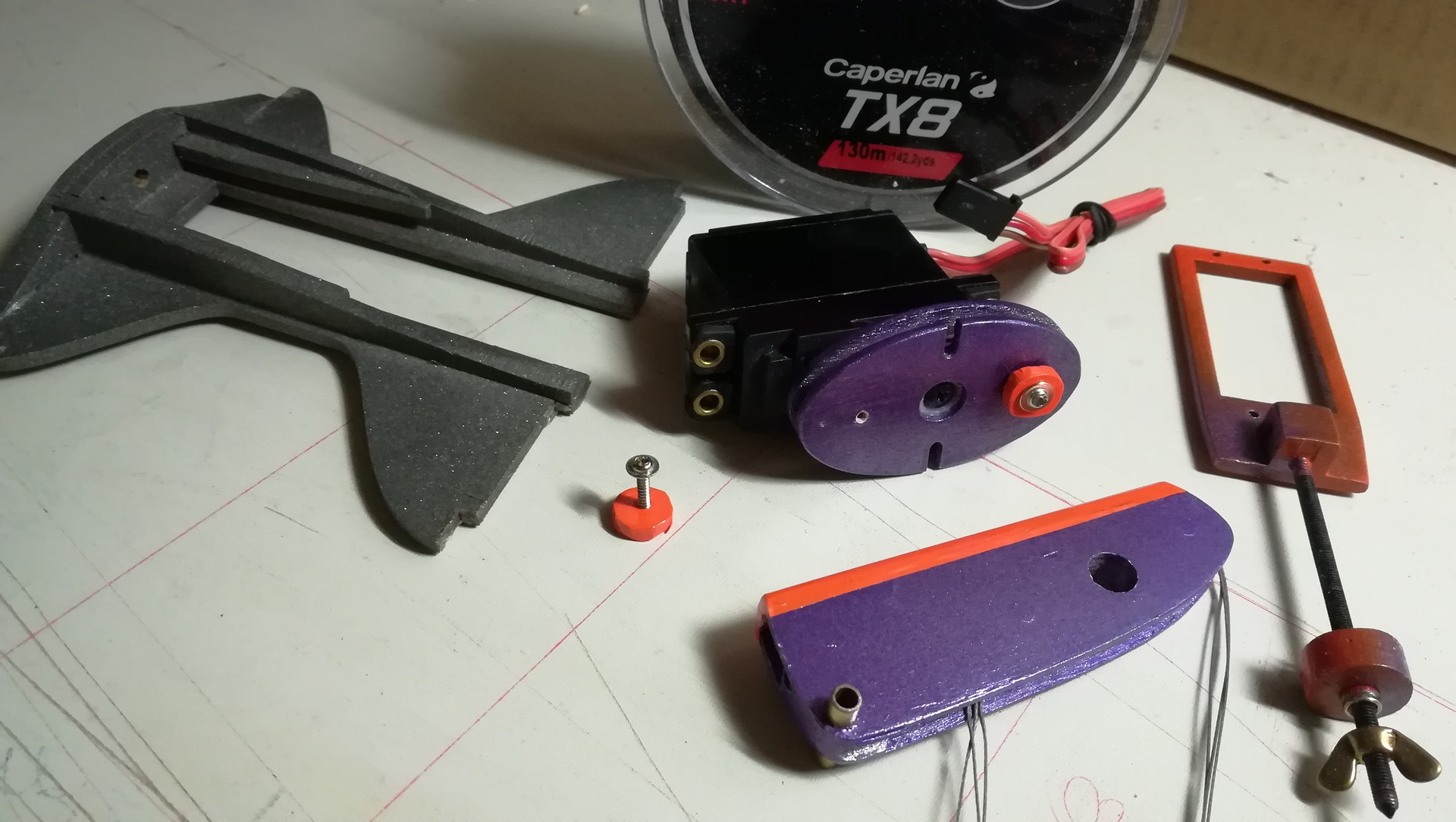 Madstab's critical ingredients. Ellipse servo, ellipse on the control side, tensioner carriage. Everything is colored. I'm considering a fuselage-mounted stab test, carried at high speed on the roof of the car, to check the stability in small deflections. 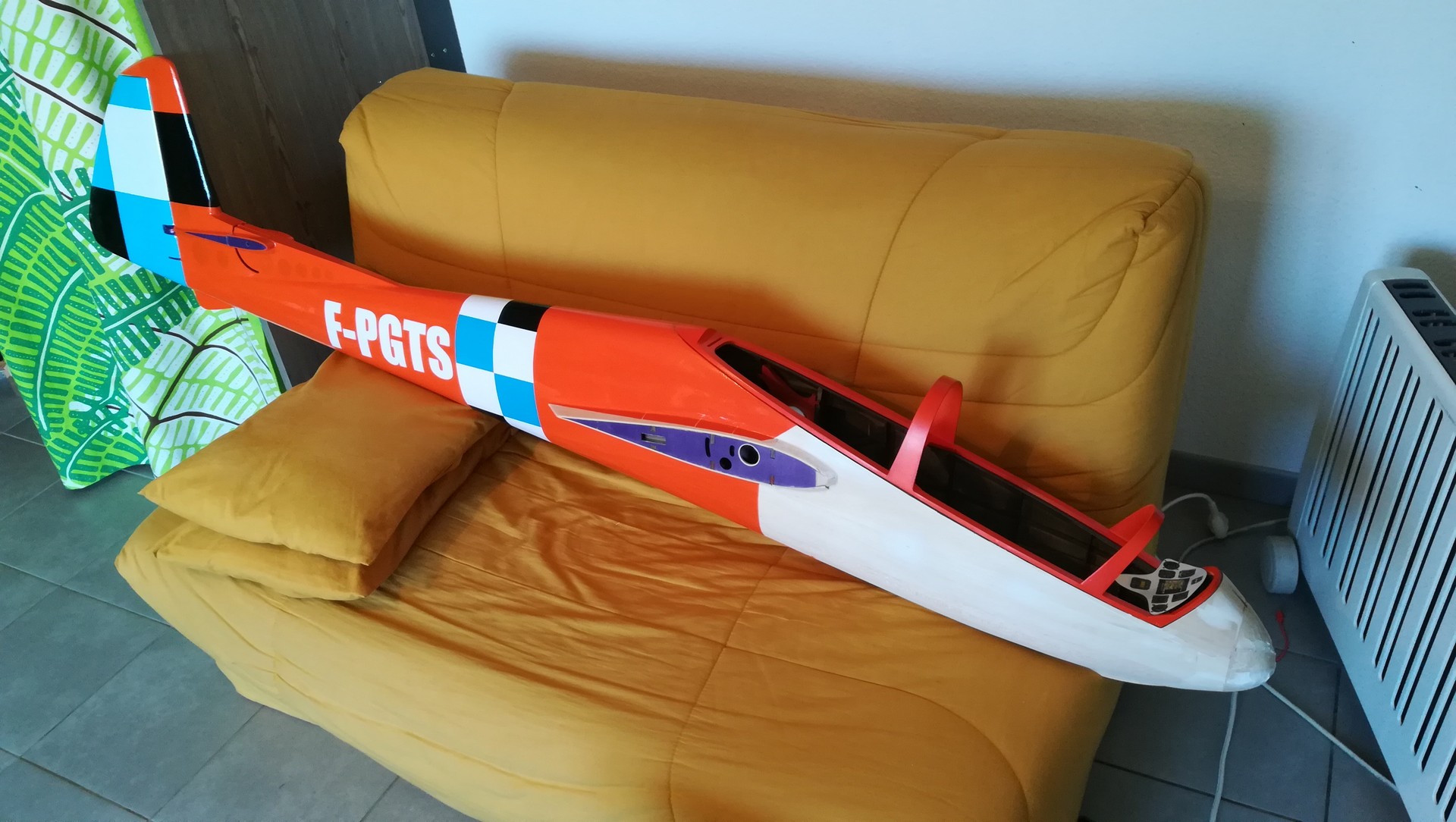 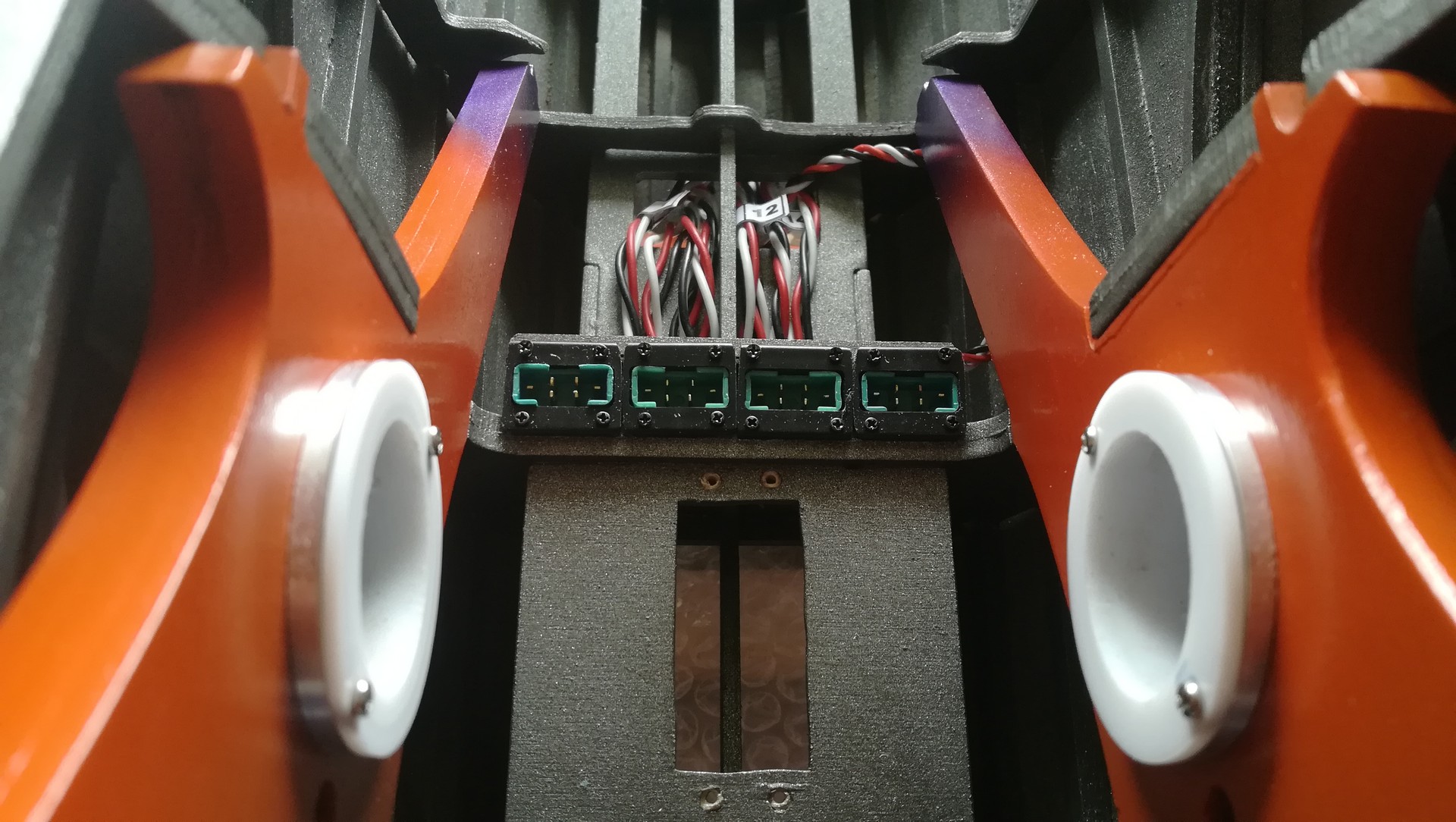 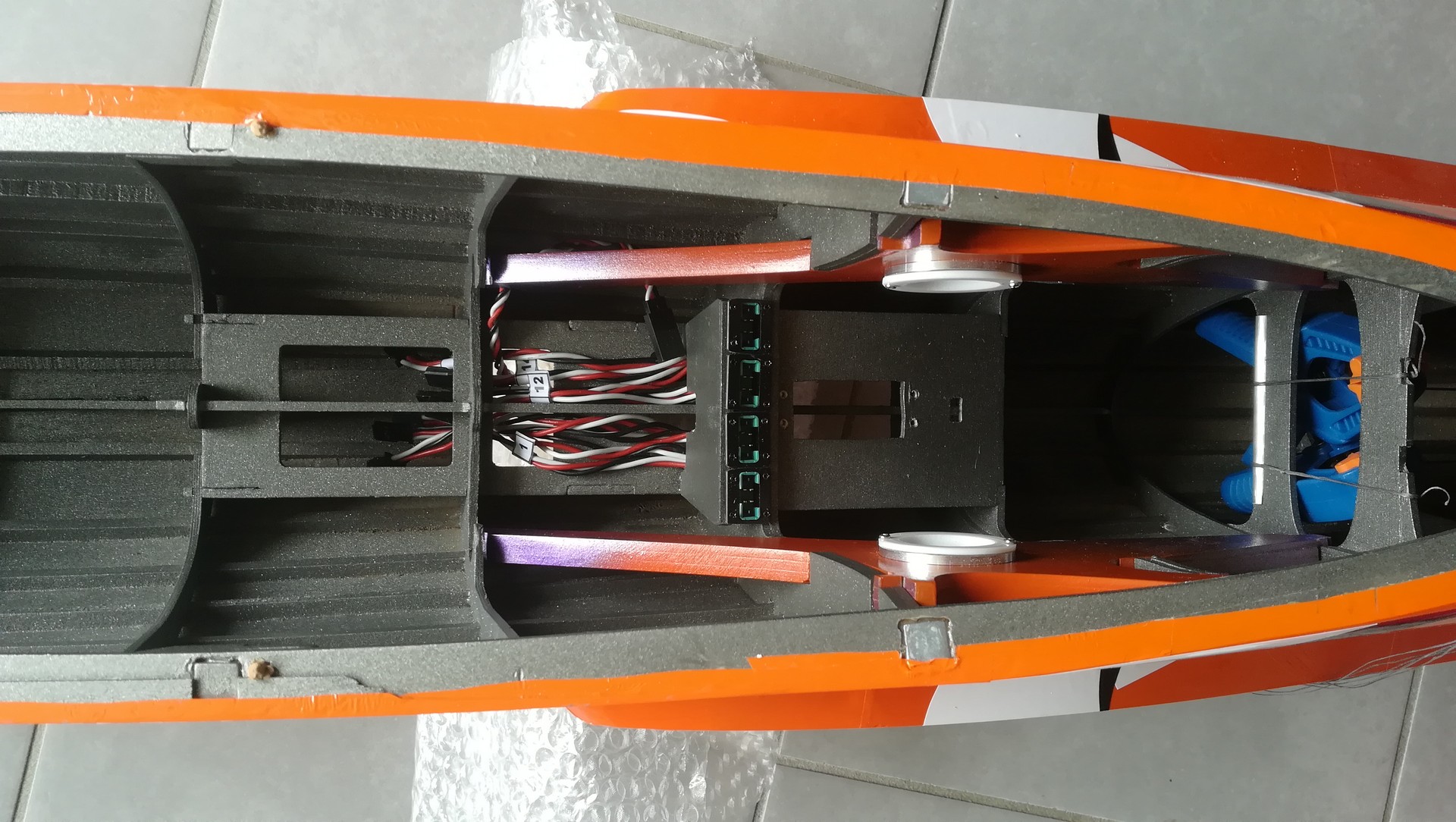 The strong pieces for wing joiner are highlighted by a flashy color. 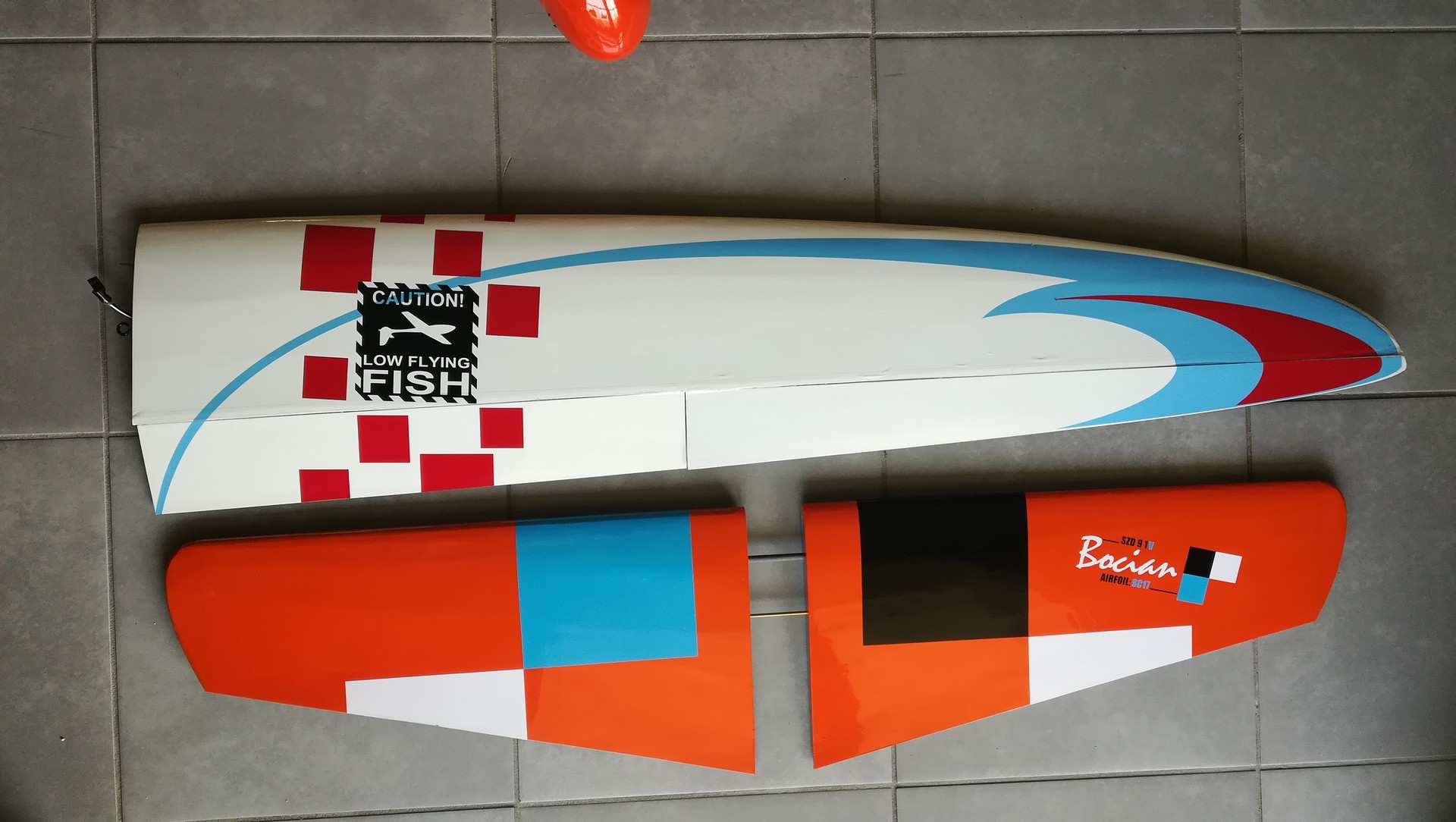 The madstab of the Bocian next to the wing of the Svolazzo. A tip of the nose that also appears... 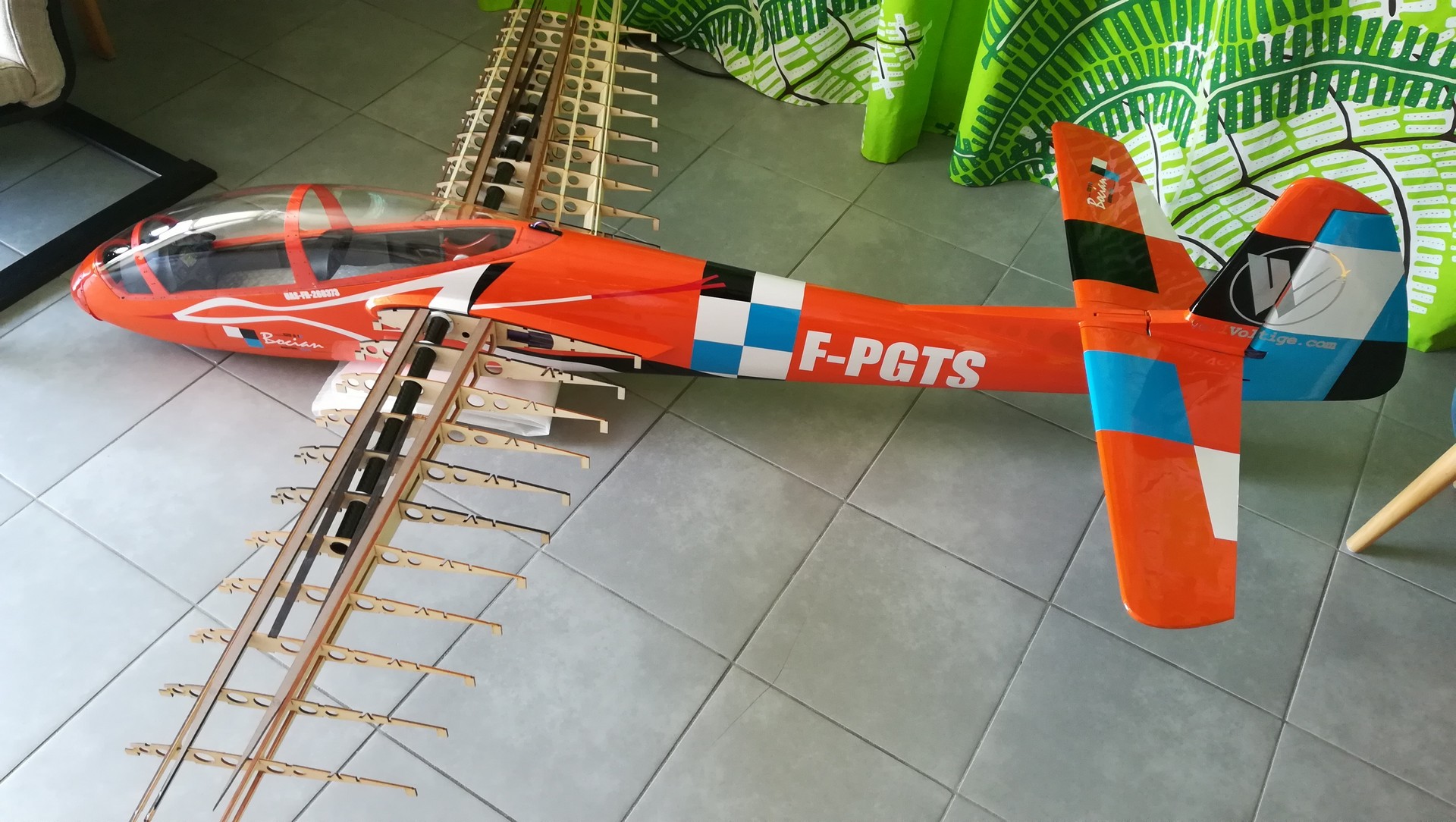 Well, I'll have to start the wings now.